Roots in the future, the story of Inpeco

From a small workshop to today’s international firm, Inpeco has traced a path of innovation and continuous research

Five state-of-the-art offices, 650 employees, installations in over 60 countries. Minds always focused on the future, thanks to steady investments in research and development. A recognized global leadership in laboratory automation. Around 2000 laboratories around the world have experienced the benefits of automations produced in our plants. This is Inpeco today.

Let’s delve deeply to understand where our roots lie, that secure the solidity of our group.

Inpeco took its first steps in the early 1990s. Behind those six letters are the profile, talent and vision of Gian Andrea Pedrazzini, founder, chairman and guiding force of the company. 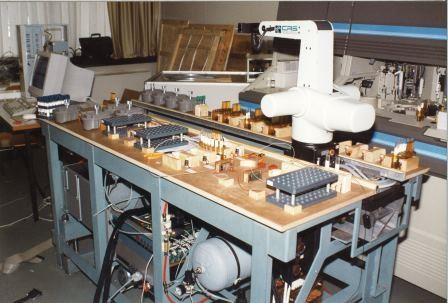 Inpeco's story stems from an idea born in Milan, almost as a game, in 1994. At that time, Pedrazzini - a physicist with a past experience in nuclear segment - had the opportunity to enter the clinical analysis laboratory at San Raffaele Hospital.

"When I started, no other manufacturer had ever considered the logistic and automation aspects in the Lab.” (Pedrazzini)

He soon realized a dramatic reality: the quality of the laboratory's production process was not up to standards, traceability was complex, errors lurked everywhere, putting too many patients at risk. The future was written.

“Before 1990 it was not uncommon for people to write the name on the test tube.” (Pedrazzini)

Almost as a bet, he studied how to create a small robot that would make test tubes shift automatically, so that some bottlenecks in the laboratory diagnostic process could become more fluid. The robotic arm was guided by a camcorder that registered the movements and gave operational input – futuristic for that time, but he was on the right path.

“I lived four years, night and day, inside the lab at San Raffaele Hospital.” (Pedrazzini)

The path to be followed was long and full of risks. His wife Anna, at his side from the beginning, accompanied him along each step and development on this road, in a discreet but precise manner. Automation at San Raffaele was achieved and did not go unnoticed by the large companies in the industry. Beckman, a major player of in vitro diagnostics, came to Milan to see the prototype and decided to take it to the United States. In 1994 the contract was signed: the partnership between Inpeco and Beckman began.

The following year, Inpeco presented the first Automation System at the AACC convention in Anaheim, California, the most important international medical laboratory event. It was still a prototype but it was a success.

Inpeco was quickly catapulted into the global market and the major brands in the IVD sector (in vitro diagnostics) were searching for it. The automated line was configured as the ideal completion of the various analyzers installed in the lab. Pedrazzini seized the opportunity by understanding that only agreements with the larger companies in the industry would guarantee its worldwide distribution.

Partnerships were made with Olympus, Siemens, J&J Ortho Clinical Diagnostics. In 2000, a partnership with Dade Behring brought StreamLAB® to the world, which evolved into FlexLab® in 2008; today it has reached its third generation. The small robot of the origin had become a complex robotized line, able to automate the entire process of a clinical laboratory, from the pre-analyitical tasks. 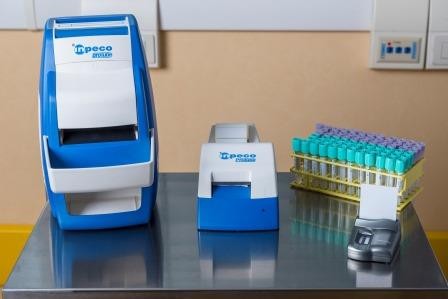 It was around 2010, thanks to the technical-commercial partnerships with the prestigious corporations Abbott and Siemens, the company took off on an unstoppable path of growth.

The heart of Inpeco is in Switzerland, while production is in Piedmont, where Inpeco built a state-of-the-art technology center in Val della Torre (2011) covering over 27,000 square meters, with photovoltaic systems, advanced automation solutions, and smart factory applications. It is here that the automation systems for laboratories from all over the world are produced.

Research, development, and production go hand-in-hand. In 2008, Inpeco acquired an IT company (Linea3Next) and entered the market of laboratory data management software. In 2009 Inpeco landed in Pula, Sardinia, in the Scientific Technological Park, where started a collaboration with the Center for Advanced Studies, Research and Development (CRS4). In this new branch Inpeco develops projects for Biotech and healthcare IT.

2013 offers another key frame in Inpeco's story. A new flagship product comes to the market: ProTube®, a small system that assures traceability of the sample from the collection point, where most test/patient matching errors occur. With this idea, automation and traceability extend out of the lab, from the very first step of the analytical process.

In Summer 2018 Inpeco moved to a new and larger headquarters in Novazzano (Ticino) to accommodate another 180 resources and continue to grow.

The year 2019 starts with the announcement of a new, prestigeous partnership with another 'queen' of the IVD business: Becton Dickinson (BD) will distribute the ProTube suite in Europe.

Roots in the future, the story of Inpeco
Ask the expert opens in new window